The U.S. drug overdose death toll has increased almost every year since 1999. The CDC projected more than 93,000 Americans died of a drug overdose in 2020, which would be a new record high. The illegal drug market has become more complex every year with the presence of common drugs like heroin, cocaine, and methamphetamine and the introduction of more potent illicit drugs (i.e., fentanyl, fentanyl analogues, other opioids, etc.) and drug mixtures while U.S. public safety technology to interdict these drugs remains decades behind and unevolved. Bottlenecks in the current process hinder the efficiency to gather intel to the point it can take months for law enforcement agencies to determine any emerging drug threats in their respective regions. In those months of waiting for data, tens of thousands of Americans will overdose on or be poisoned by deadly substances.

IDEM Systems will streamline the drug intelligence collection process so that it no longer takes months, but minutes to detect emerging drug threats.

Our handheld hardware and software tools will allow public safety users to accurately identify suspected illegal narcotic drugs and drug signatures within seconds, then rapidly compile the results to gather near real-time drug intelligence. Faster access to this data will lay the foundation for more effective drug interdiction, keeping illicit supplies of deadly drugs and counterfeits out of our communities. Additionally, providing access of this drug intelligence to state and local public health agencies will allow for illicit drug surveillance for public health officials to alert their community when there are deadly drugs being distributed in the region. Spreading awareness to local residents and potential users (i.e., people with addiction, chronic pain patients who have been affected by existing drug policies that restrict their opioid prescriptions, young adults seeking recreational pills, etc.) about the increased risks associated with an illicit fentanyl-laced drug supply in the community for example, will help curb overdoses. The capability to do this with near real-time data would be a game changer in promoting harm reduction to address the drug epidemic.

Our technology is a drug intelligence ecosystem developed into a field drug testing kit for law enforcement, security, and other public safety agencies. Based on a novel chemical method for identifying drugs like heroin, other opiates, fentanyl and its analogues, cocaine, and many others, the testing system is comprised of a handheld spectrometer device, a narcotics sampling pen, and a mobile software solution that provides access to a proprietary database to accurately identify suspected illicit substances on-site.

The field drug testing kit will greatly enhance the drug data collection capability in the U.S. By leveraging our data analytics software tools, the field data on the illicit drug supply that are collected will play a significant role in illicit drug surveillance and drug intelligence in regions of high overdose death rates. 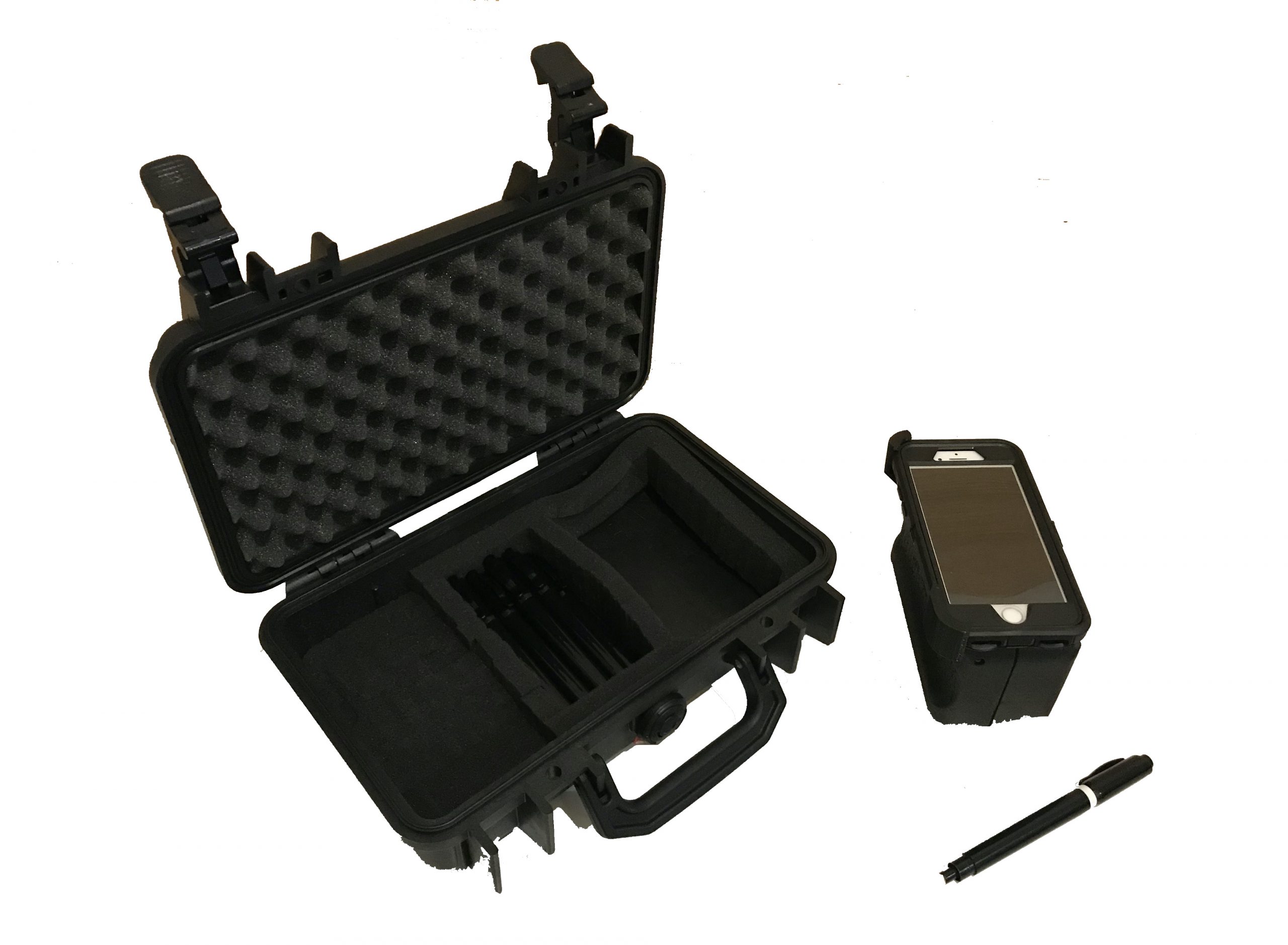