The U.S. drug-related death toll has increased almost every year since 1999. More than 100,000 Americans died of a drug poisoning (overdose) in 2021, which is a new record high for drug deaths. Illicitly manufactured fentanyl (IMF) and other synthetic analogs have been a major driver of U.S. drug deaths in the past decade. Public safety and public health agencies have been two steps behind the drug epidemic because while drugs of the black market evolved the technology offered by the private sector to combat illicit drugs has remained stagnant.

Faster access to drug data will lay the foundation for more effective drug interdiction, keeping illicit supplies of deadly drugs and counterfeits out of our communities. Additionally, providing access of this drug intelligence to state and local public health agencies will allow for illicit drug surveillance for public health officials to alert their community when there are deadly drugs being distributed in the region. Spreading awareness to local residents and potential users (i.e., people suffering from addiction, chronic pain patients who have been affected by existing drug policies that restrict their opioid prescriptions, young adults seeking recreational pills, etc.) about the increased risks associated with an illicit fentanyl-laced drug supply in the community for example, will help curb overdoses. The capability to do this with near real-time data would be a game changer in promoting harm reduction to address the drug epidemic. 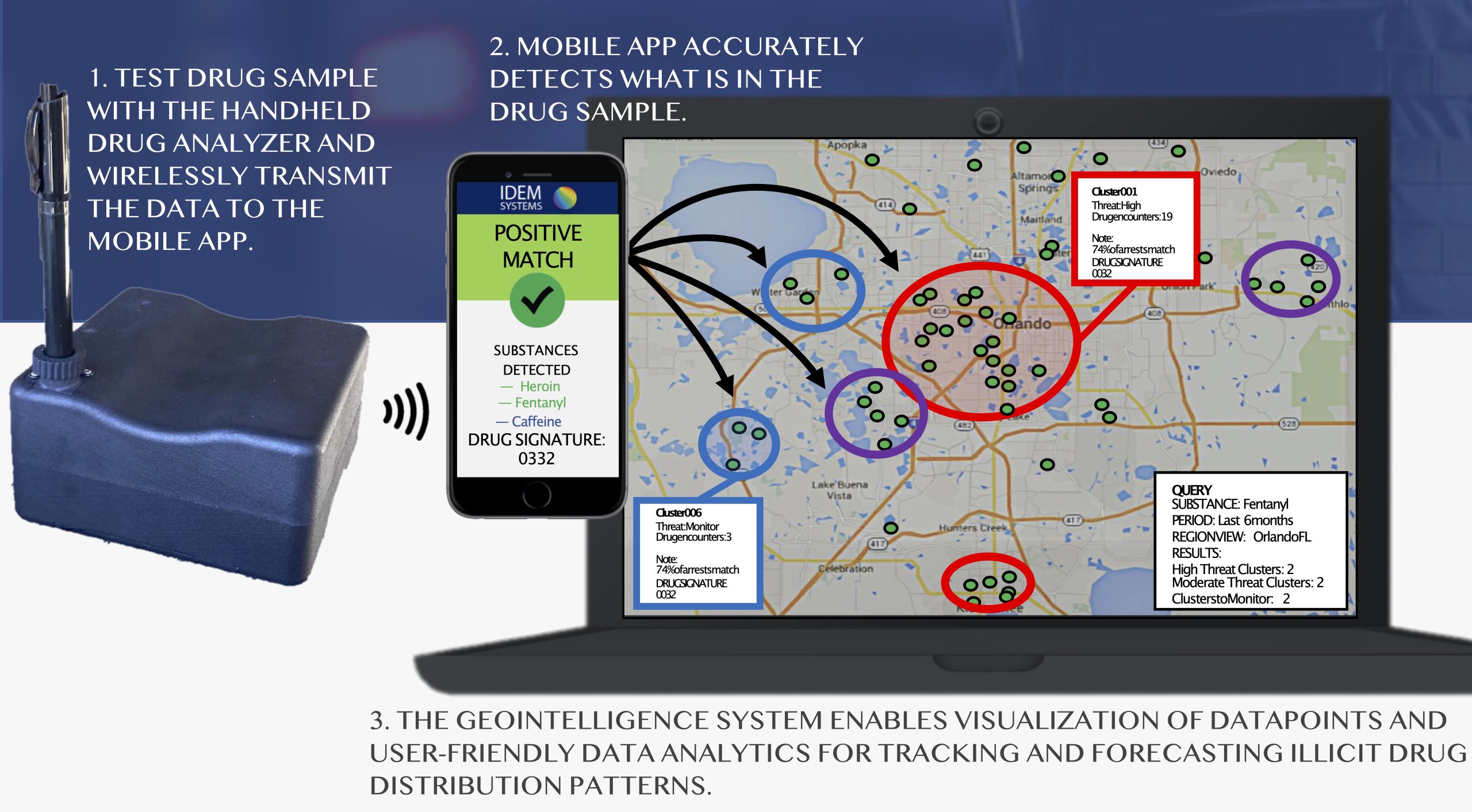 Safe to Use
Avoid touching drugs